Ken is a former assistant golf coach at UCLA and is well known for his work with elite and world ranked juniors. 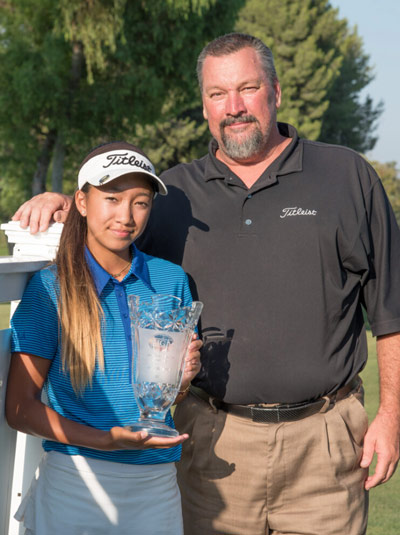 We are fortunate to have Ken Williams offering lessons at our facility. Hie is a former assistant golf coach at UCLA, the architect of a youth golf instruction program that was later bought out by Nike Golf Learning Centers, and he is incredibly proficient with the golf training computer software (TrackMan), incorporating all of its functionality.

He is well known for his work with elite and world-ranked juniors. Coach Ken is pictured with Zoe Campos, a world-class amateur who competes in top amateur tournaments as well as representing the USA in world team events. She is top 10 in AJGA for juniors in the USA and top 50 in the world and still in high school. He has been coaching her since she was 8 years old. He accompanies her and other elite juniors in competitions across the country.

Ken’s rate is $125/hour, paid directly to Coach Ken at the time of the lesson. The golf bay rental is $40/hour.

Ken instructs his clients here on:

Tuesdays 3pm-8pm (with 7pm being the start of his last lesson)
Thursdays 4pm-8pm
Sundays 10am-3pm. 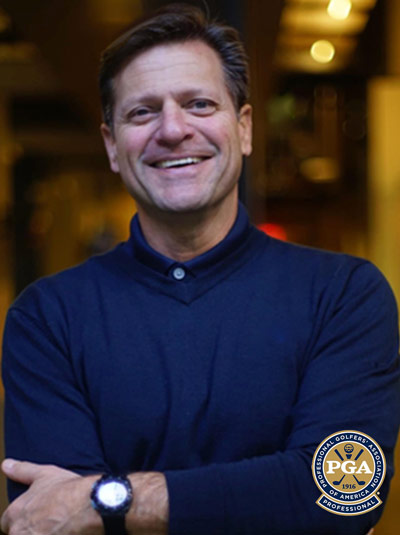 Ron McDougal, recognized by Golf Digest as one of the top instructors in NY/NJ, has spent the last eight years working at a private, state-of-the-art indoor golf instruction facility in NYC. Working with golfers of all ability levels, Ron utilizes the technology of TrackMan, Swing Catalyst, Video Analysis, and SAM PuttLab in combination with total body mechanics to take his students to the next level of their game.

This Metropolitan PGA Player of the Year has also distinguished himself as an accomplished player with tournament victories that include The National Club Professionals Championship, The New York State Open, The Met Section PGA Championship in both the Junior and Senior Divisions and countless others. Ron has also competed in 6 PGA Championships, led three PGA Cup Teams to victory for the United States and appeared as an golf instructor on the Golf Channel.

As a PGA Member for over 25 years, Ron has led the golf instruction programs and taught at at some of the most prestigious golf courses in the Northeast, including Golf & Body NYC, Liberty National Golf Club in Jersey City, NJ, Hollywood Golf Club in Deal, NJ, Century Country Club in Purchase, NY, and Westchester Country Club in Rye, NY.

Ron’s lesson rate is $150/hour for Adults and $115 for Junior’s age 13 and under and paid directly to Ron at conclusion of the lesson. The Swing Loose Bay Rental is $40/hour.